William Shakespeare Had the Right of It

“…And then is heard no more; it is a tale told by an idiot, full of sound and fury, signifying nothing.” –Shakespeare’s Macbeth

Be honest: does this or does this not describe an experience you’ve had with someone with whom you were trying to communicate? Perhaps it was a negotiation of some sort, or you were trying to engage in some clear communication with another. If there was significant emotion involved, add an entire other layer.

At the end of the exchange, assuming you wanted to understand what was being said, you scratch your head, pause, and ask yourself, “What the heck did he just say?” And if you or any other participant does not try to clarify what was said and/or meant, well, then, you have just taken the first step into what I refer to as the Serbian Bog of communication. Just remember: it’s easy to get in and very difficult to get out.

What is a Serbian Bog?

A Serbian Bog is a term that describes what occurs when one or more persons does not understand what another has said but continues on with the conversation as if they did. 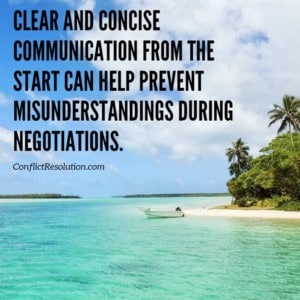 They may be talking rapidly without pause. The other person may rightfully assume that he has been heard and understood, and will likely rely on that assumption. Meanwhile, she might proceed to nod her head, or show with her body language that she is on track with what he’s saying. They might continue in this vein for awhile until someone says something that jolts the other into the recognition that there’s been a fundamental misunderstanding somewhere.

Now, if they care to clarify, they have to return to the beginning of the dialogue to discover where they went wrong. Sometimes when this occurs, one of the participants even accuses the other of being dishonest. Comments be spoken such as, “You deliberately tried to mislead me.” Good will evaporates, mutual distrust arrives, and emotions may get out of hand.

All of this could have been avoided if one of them had paused the conversation and asked, “I don’t understand what you just said. Can you explain it again?”

Serbian Bogs can happen anywhere: in board meetings, negotiations, classrooms, and in every environment where one or more persons is hesitant or afraid to ask questions. Why? Often, it is because she or he does not want to appear “less than” the others.

Crawling Out of the Bog

I have observed many, many Serbian Bog occurrences in my career. The best approach is to prevent them from happening in the first place, although depending upon the participants’ personalities and emotions this is not always possible.

Keeping the discussion clear and competent will help you and the involved parties from getting caught in a Serbian Bog. Here are some practical strategies for both avoiding the Serbian Bog, or once there, crawling out of it as quickly as possible:

1. Start at the beginning. Make sure the premise(s) that everyone is operating from are correct. State them clearly. Ask for assent and clarification from everyone. Obtain their agreement on the premise(s) before you proceed any further with the negotiation.

2. Ask plenty of questions during the negotiation. Consider asking questions like, “Can you explain that to me again?” or “I understand the situation like this. Is that right?” Anecdotally, I have never met anyone who was offended by being questioned by someone else. Instead, I have found that most people are flattered that you care enough to understand what they are trying to say.

3. Obtain support. As you proceed, continue to obtain “buy in” from all of the participants to the negotiation. If there’s a snag or stall in the negotiations, try to tackle it as it occurs. If that’s not possible, agree that you will address it later in the communication and get their assent.

4. Stay on track and praise that fact. Acknowledge the fact that everyone is doing a good job of staying on track and discussing the difficult issues. Everyone likes acknowledgment.

5. Postpone the negotiation if necessary. If more research, facts, experts, or any other objective criteria is pertinent, agree to continue the session at another day and time. Give each other the requisite time within which to gather appropriate facts and figures.